You are here: Home / A day in our life / Bee Swarm on our house

Bee Swarm on our house and how the Lord protected us!

This past week has been crazy.

The kids had VBS and I had to be ready by a certain hour, with makeup on.

I’m a midnight owl.  I don’t like getting up early.

By Friday, all I wanted was a nap.  But, I refused so by midday I made myself go out in the back and water my neglected ferns. 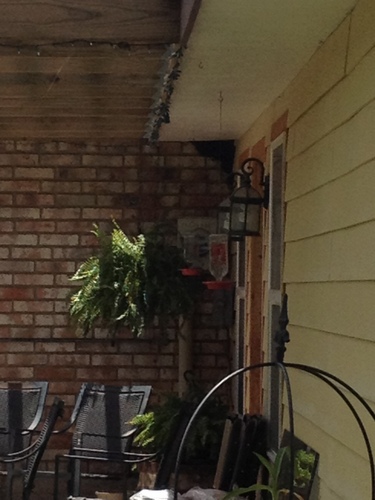 My “Chicken Whisperer” son had let the chickens out by my feet.

I was wearing really pretty sparkly yellow box flip flops.  Apparently, chickens are attracted to shiny flip flops.  I kept trying to shoo them away while not really paying attention to the fern watering. 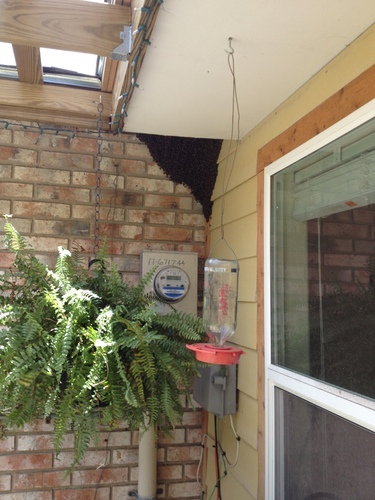 I was not being quiet.

Finally, they were more interested in something else and left my feet alone. 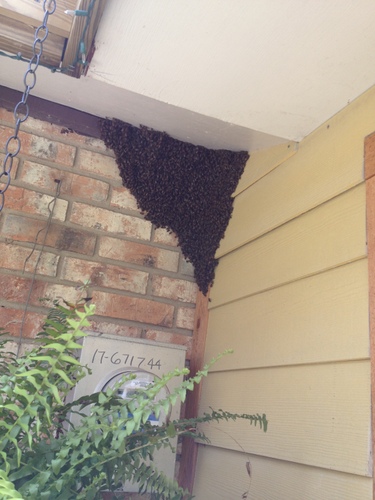 I was looking at my hummingbird feeder by that window.

Last Wednesday, my husband had killed 4 bees that had gotten in the house.  I was wondering if they were on my feeder.  Then, I noticed it. 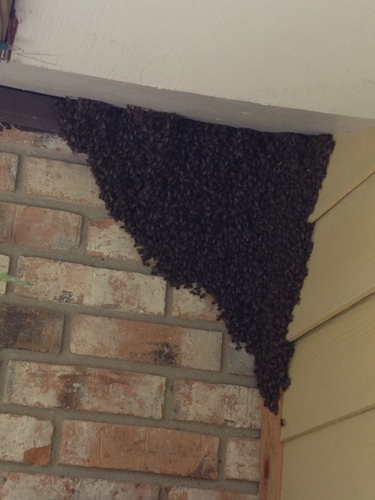 I left the water on pouring out into the flower bed.

And the chickens could fend for themselves.

I ran inside the house and called my husband. 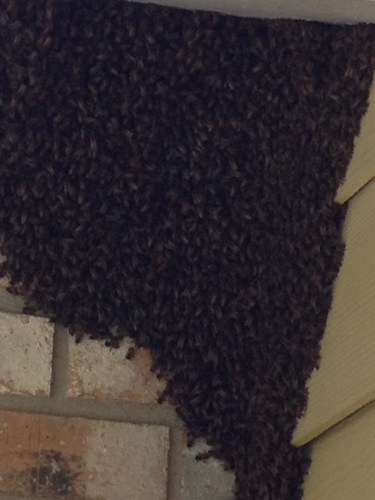 I’m sure he said something  and he we was on his way. Really, didn’t hear him.

Let me just break and say…I was shaking with an adrenaline rush.  I felt like throwing up.

I had just watered a bee swarm. 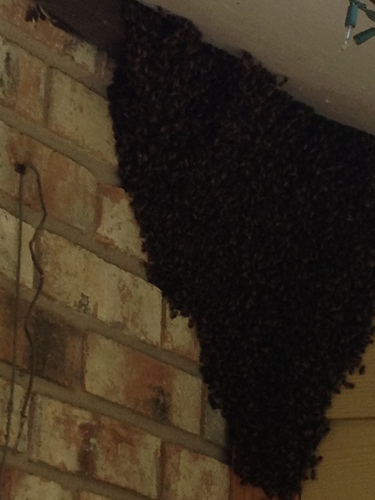 A sweet friend mentioned, “He calms both lions and bees.”  YES, HE does!

Immediately, it showed people being killed by swarms of bees in our area.

We live where Killer Bees entered into the United States.

We have a hockey team named “Killer Bees.”

We have visited the World’s Largest Bee.

I know this area has “pseudo-Bees” but never did I realize how close to home they were.

Our city has a bee force.  They come out to homes and kill the bees for you. 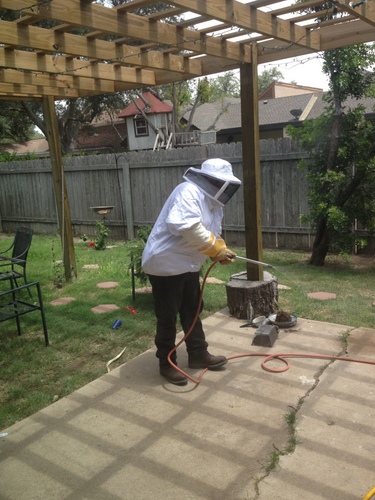 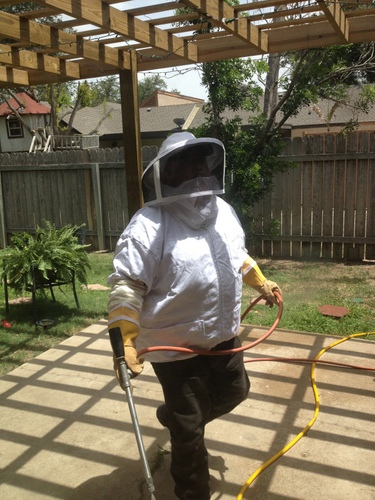 Something I would have never thought of. 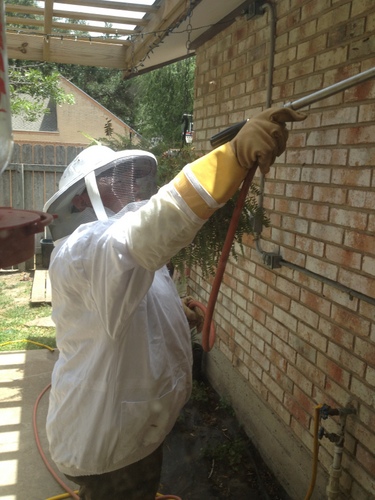 I would have used an atomic bomb or some other kind of missile.  Not soap and water. 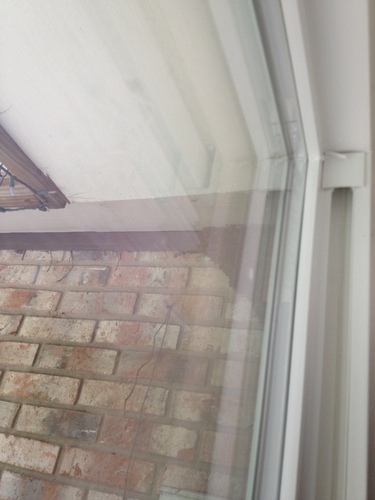 We were watching safely from indoors. 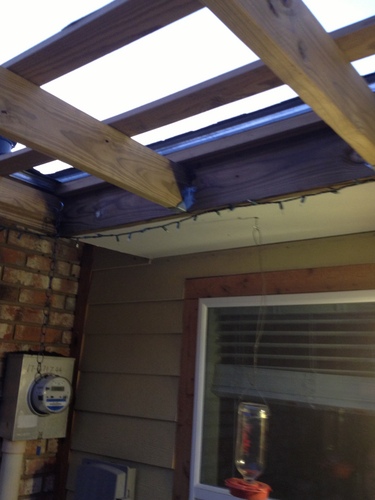 Most of them died.

Until my hubby tried filling in the holes the next day.  Then they swarmed for real.  ALL over our backyard.  It was unbelievable looking.  It looked like there were thousands.

Then they made another swarm in our tree. 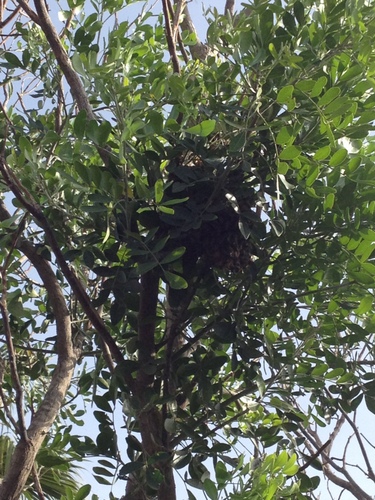 So we called the city again.

They couldn’t come out until Sunday.

Again, I’m thinking a bomb would have taken care of it the first time. 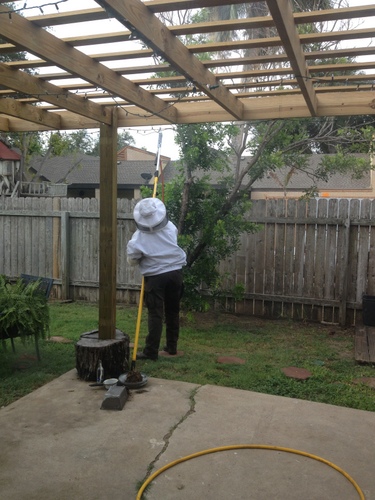 She killed the little swarm and left.

Then my hubby cleaned up. 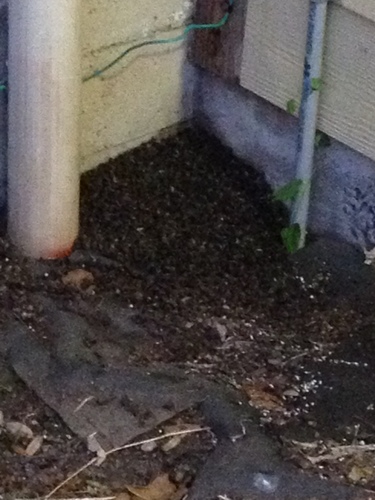 The pile of dead bees. 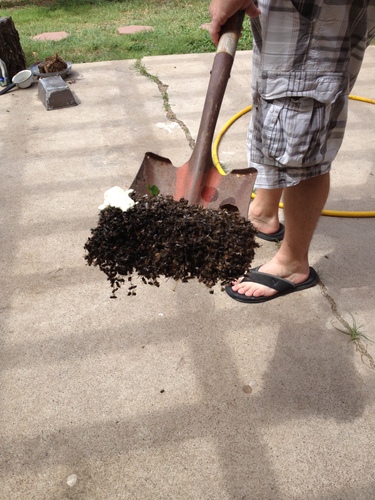 He moved 4 shovelfuls of bees.

That was some serious honey-dos.  (I know corny humor.)

So, we then came in and turned on the t.v.

Guess what was on the History Channel? 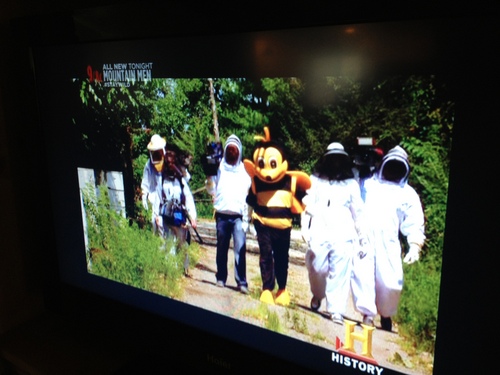 Larry the cable guy (Tow Mater) having a special on BEES! 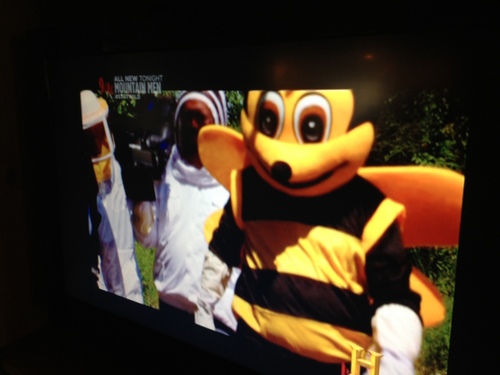 Yes, that is him in a BEE costume! 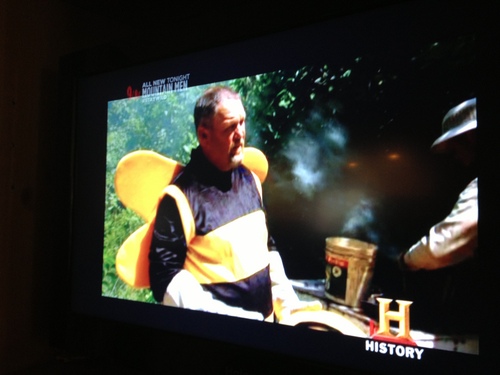 Some days are just filled with irony.

I’m so thankful the Lord was truly watching over me as I was watering the bees.

His mercy overwhelms me.

P.S.  I did ask if we could save the bees and several sources told me NO!  I was kind of sad to kill bees knowing they really do have a great purpose in our environment but the safety of my children and animals take precedence.

I have no idea and no one could tell me if they were Killer (Africanized) Bees or not.  A Killer bee is easily agitated and will swarm at a sound i.e. weed eater.

I truly believe the Lord protected me that day.  No question, He is not finished with me yet.