My “baby” is still telling everyone about the fire, that happened behind our home almost 2 months ago. Let’s face it, fire trucks are exciting for little guys. All the lights, the sounds, the fact that these are HUGE compared to what they usually ride in, all of it is totally exciting!!!

On a recent trip to visit my family, we were able to visit with my Dad. It is not always easy to catch him due to his work schedule. Being that my parents are divorced, we always try to visit the “whole” family but it just doesn’t always work out. We are so grateful that this trip was successful in that respect.

My dad has been in the fire department since before I was even born, in one respect or another. I remember chasing fires and going to fire houses growing up on “his” weekends. I really thought that was quite normal. I remember having to stay at the police station and playing with the cops or the dispatcher until he got back from one fire or another. I remember going and sitting in the cell – when there were no occupants – and thinking I’m NEVER going to jail – they don’t even have a toilet seat. (The fire house and police station were connected at the time.) It was a small town and really still is, so it was permissible.

My dad and I have a rocky relationship. When I got older in my teens, our relationship became more and more strained. I wanted to be with my friends and did not want to do the “family” thing. We just kind of grew apart. Just lately, have we started communicating more and having more of the Daddy/Daughter relationship that I had when I was little. So when I called him the night of the fire, I think it gave us a new starting ground.

He was so excited to hear that my baby was so interested in fire trucks. So of course, he would get to ride in one. As we were eating lunch, an accident had occurred. A guy on a motorcycle had hit a tree and the tree must of won so the guy needed life flight. With life flight, you need a fire truck. So, my little guy became a volunteered fireman, in fact, all the children did. 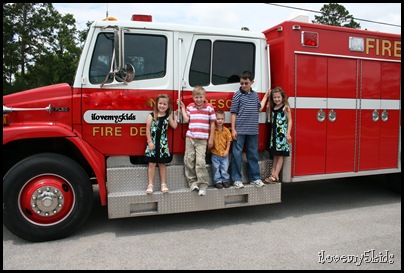 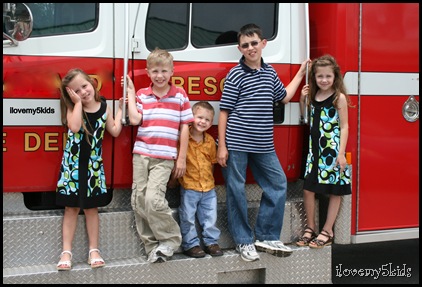 I asked my eldest what his favorite part was, he said it was that he didn’t have to wear a seatbelt. Go figure! 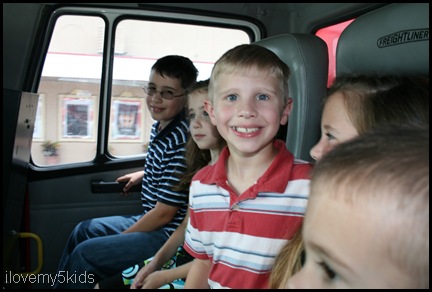 After we arrived at the helicopter pad, my dear friend from school was there. Her hubby is in fire department as well. What a true blessing it was to see her! 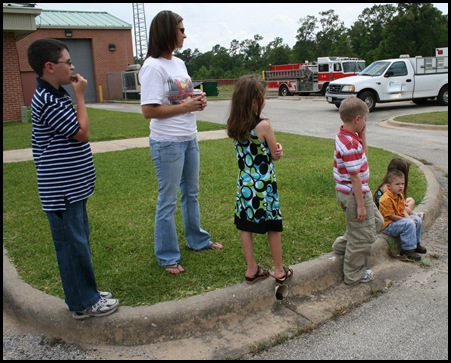 My kids learned that when a helicopter lands, there is a lot of dust. 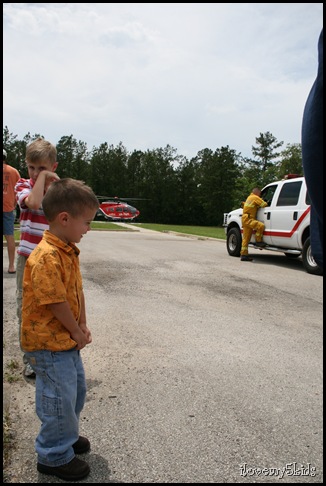 Not that this two year minded one bit. He smiled the whole time. 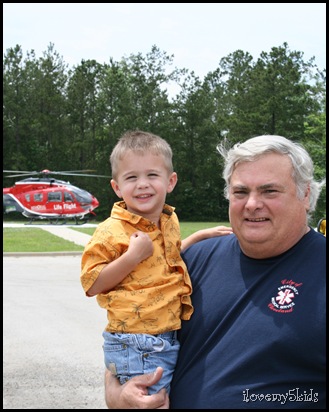 This is baby and his Grand-paw-paw.
He still is smiling! 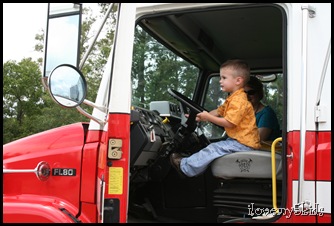 I hope my Dad hid the keys.

So then the helicopter… 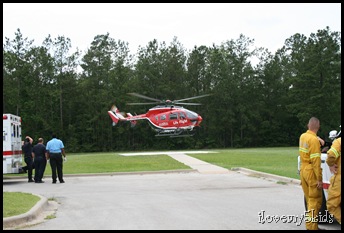 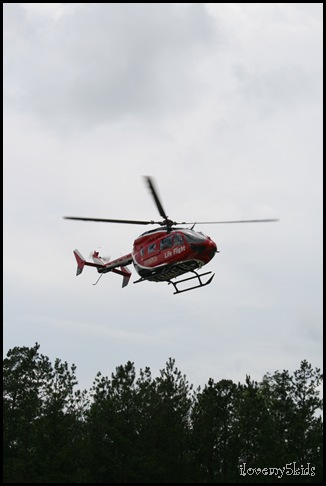 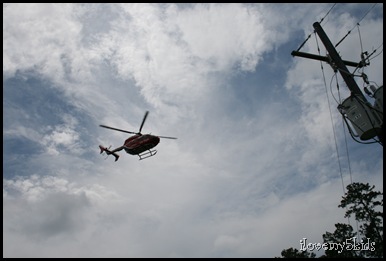 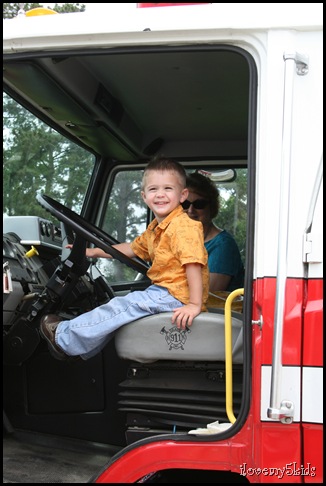 Is that the face of pure joy or what?

This concludes our fireman adventure.

P.S. My friend did tell me that the motorcycle man, who was not wearing a helmet at the time, was talking and conversing so they thought he was going to be okay. I pray so! 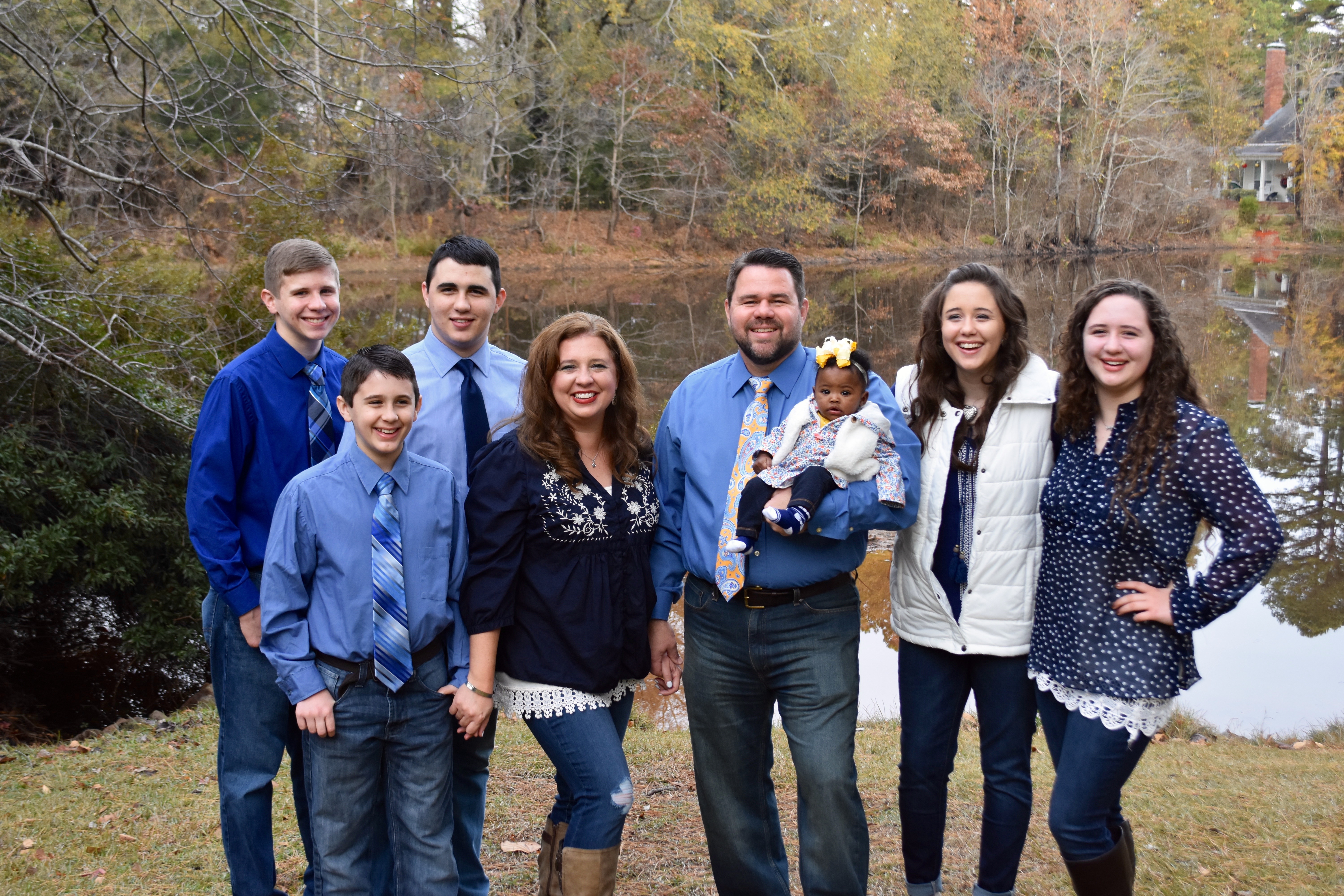